Security Management is a must

H2B provides various services aimed at securing corporate networks. We examine your company network using scans and tests with special certified equipment and software to determine the state of the security of your ICT infrastructure. We make use of Risk Assessments, Vulnerability scanning and Pentesting.

In 2015, Ziggo and more than 3.2 million customers were victims of a major DDoS attack. This DDoS attack, which took more than 2 days, was claimed by the hackers group “Anomymous”. In a video on YouTube they indicated that this attack was a result of the poor service that Ziggo would offer to its customers.

At the beginning of December 2017, Mijndomein.nl and its customers were victims of a large DDoS attack which lasted more than 5 days. Thousands of websites were therefore unavailable for several days. The (reputation) damage was huge.

H2B can help you with the prevention against DDOS attacks through special software. In addition, H2B can also offer a number of other preventive and control methods using Firewalls, Routers, Switches, Clean Pipes & Scrubbing Centers.

The General Data Protection Regulation (GDPR) has been applicable since the 25th of May 2018. This means that from this date onwards, the same privacy legislation applies throughout the European Union (EU).

The GDPR ensures among other things:

H2B has extensive experience with legislation and regulations in the field of telecommunications. By means of an audit, H2B can offer your organization insight into the degree of compliance with current laws and regulations. The focus of the audit can, among other things, be put on

As soon as a software update is available, attackers often crash into an exploit, so systems that do not yet contain the new patch are very vulnerable to attacks.

By monitoring your network, H2B ensures that updates are automatically implemented, which greatly reduces the risk of attacks.

The security attention and resources of an organization should be based on the major threats. Too often, investments are still being made in high-profile and costly projects, while malicious people enter via entrances that simply could and should have been blocked.

Good security starts with good preparation: know which threats are at hand and get ready to defend your organization against those treats. Together with the H2B treat intelligence, you identify which vulnerabilities attackers are targeting and were your organization should put  defense mechanism’s in place. 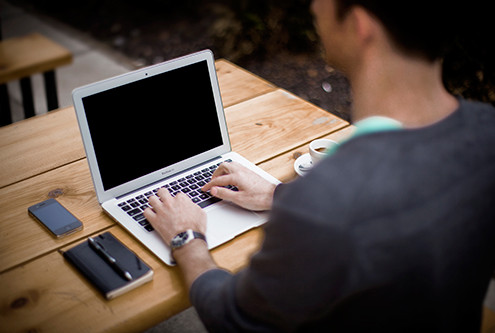 We are looking forward to improve the security management of your organization together with you.